This is the most basic introductory script in QUA. It plays a constant amplitude pulse to output #1 of the OPX and displays the waveform.

We begin the config file by specifying the name and type of the controller and the outputs used.

We open a quantum machine with the config file and run the program on the simulator for 1000 clock cycles (4000 ns).

We plot the simulated samples to observe a single cycle of the waveform (5 MHz for 1 micro-second). 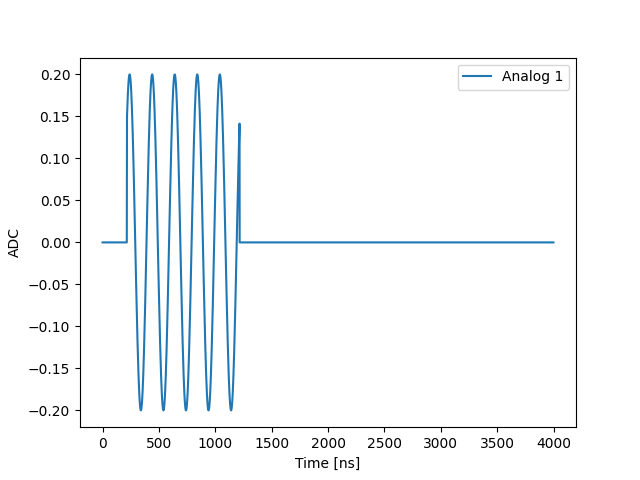 Note the delay (of approx 200ns) between the start of simulation and the start of the pulse. This delay is faithful to the one produced by executing the QUA program on real hardware.